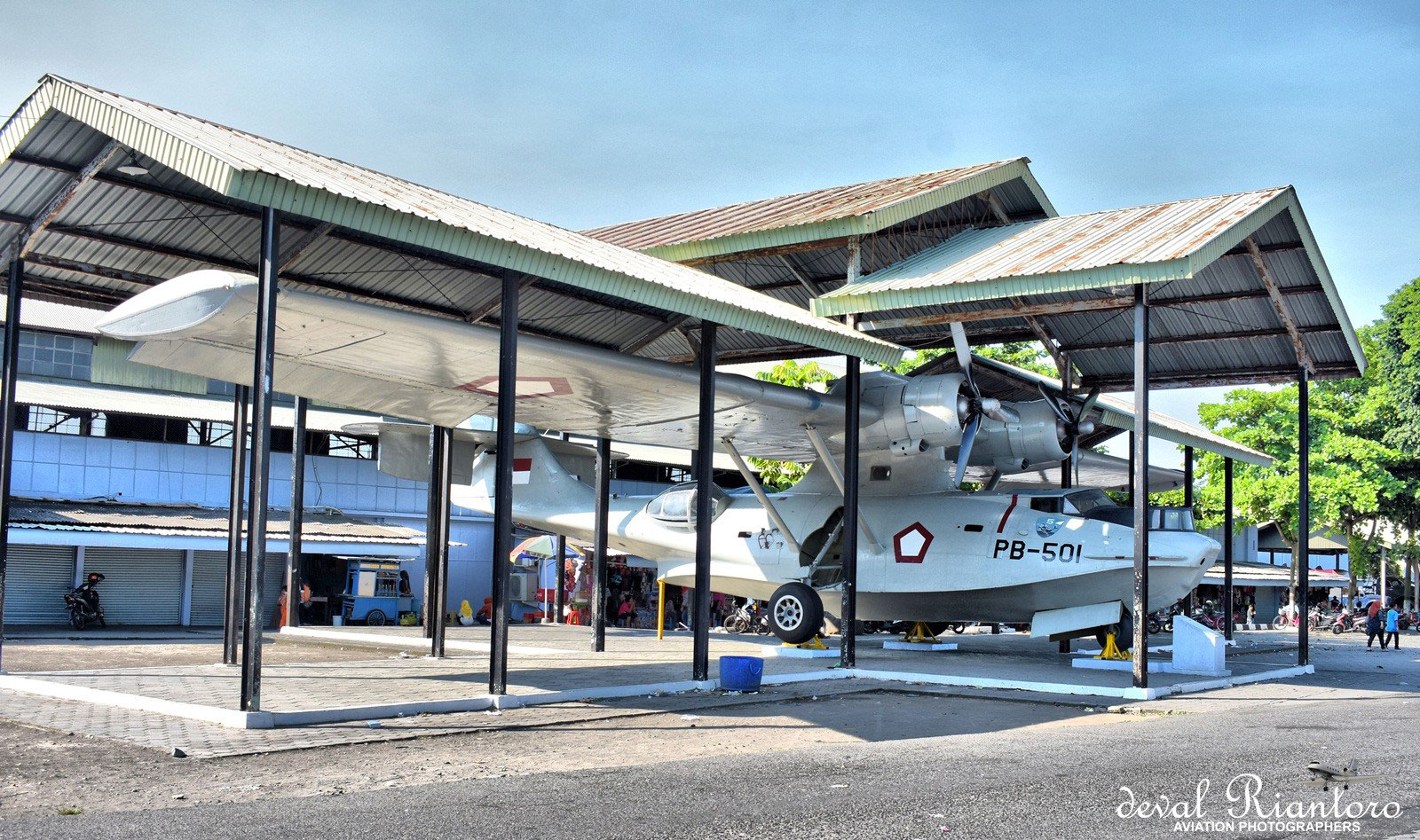 Here is the latest helping of news concerning Catalinas worldwide.  This summary is copied from Issue 90 of The Catalina News, the magazine of The Catalina Society.  Why not sign up to receive this 24-page illustrated magazine twice a year and, at the same time, support the ongoing airworthiness of our Duxford-based Catalina Miss Pick Up.  Go to the ’Memberships’ tab at www.catalina.org.uk.

First, European news.  The problems that have been encountered by the operators of the Dutch PBY-5A PH-PBY have been well documented in the aviation press and in Issue 90 of The Catalina News.  It is now known that the Catalina will fly to new owners The Collings Foundation in the USA in 2019, thus signalling the end of an era of passenger-carrying Catalina operations in Europe.

Meanwhile, in France, Canso A N9767 has flown a small number of times this year.  In the absence of Miss Pick Up (on air display duties in Scandinavia at the time), she flew at the Rassemblement International d’Hydravions display at Biscarrosse south of Bordeaux in early-June.  She also appeared at the Air Legend Meeting Aerién at its home base Melun-Villaroche near Paris in August.  Following her role in the recent Jacque Cousteau biopic, she is now flying in a hybrid colour scheme, part-‘Cousteau and part-RCAF.

Staying in France for a moment, a little-known Catalina relic still resides there but its future does not look particularly rosy.  Former RCAF Canso A F-ZBAR operated with the French Government’s Protection Civile Forestry Protection service until it suffered a water scooping accident on the Donzère Canal near Montélimar after nose-wheel door failure on July 4th 1964.  After periods of storage in various locations, in 1991 the cockpit section ended up at the Musée de Tradition de l’Aéronautique Navale at Rochefort-Soubise.  Staff member Jean-Pierre Joly advises that some time ago the forward hull was relegated to an external storage area where its condition has deteriorated considerably.

News from DeVal Rianturo in Indonesia, received via Ron Mak, is that the PBY-5A last registered as N1563M at the Dirgantara Mandala Museum at Yogyakarta has been repainted.  Previously in a blue overall scheme with TNI-AU serial PB-505, it is now silver-grey and carries the serial PB-501.  The Catalina remains partially covered in an open-sided display building.

Far away in Chile, the one-time USAAF OA-10A CC-CDT has not flown since March 2006 but is kept in excellent condition and its engines are run regularly.  Registered to Gonzalo Agustin Parragué Opazo of the former waterbombing company ASPAR and actually owned by him and two other partners, the Catalina is currently for sale.  The aircraft is still equipped for firefighting and is quoted as having flown 7,193 hours.  The starboard engine has 243 hours since overhaul, the port 127.  CC-CDT has recently lost the Chilean Air Force livery it had been wearing for film work and is now back in civilian colours.  It carries the logos of sponsors COPEC and Philips 66 who have in the past provided fuel and oil respectively.  Interestingly the owner and the Chilean authorities continue to quote the manufacturer’s construction number as CV-332 when it should in fact be CV-596.

Some news from Australia next.  The former RAAF flying boat base at Rathmines on Lake Macquarie in New South Wales has been deemed to be of national significance.  The site was active from 1939 until 1961 and during WWII was a major Catalina base.  A draft conservation management plan, undertaken by the local council, regards the heritage-listed base at Rathmines Park as strongly representative of Australia’s defence force activities during the war.  The council considers its draft document to be the first step in creating a future master plan for the park.  ‘Any future use of Rathmines Park must be mindful of the site’s heritage significance’, the council’s manager of community planning Wes Hain said recently.  ‘The site has a fascinating and incredibly significant wartime history which we wanted to fully understand before moving forward.’  Ten of the original buildings remain on site including part of an original hangar which is owned by the Christadelphian Bible School whilst the council owns other buildings used for various purposes including a bowling club, scout hall, workshop, music centre and storage sheds.  The site is also home to the RAAF Catalina Memorial which opened in 1972.  The council is to be applauded for recognising the base’s significance.

In the USA, the Wright Cyclone-powered ‘Super Cat’ N9505C has recently been advertised for sale by Courtesy Aircraft Sales.  The publicity material states that the Catalina, originally US Navy PBY-5A BuNo 34027, was modified to Model 28-5ACF Standard Category configuration then modified under STC SA-3-150 to a ‘Super Cat’ with Wright R-2600s.  The aircraft is advertised with 4,667 airframe hours since new and with 464 hours since the last major overhaul on the port engine and 890 on the starboard.  No avionics are currently installed, the airframe requires fabric work and new tyres and the interior needs restoration (which probably means it still has waterbomber tanks in situ).

N9505C mentioned above was once part of the now defunct SLAFCO firefighting fleet based at Moses Lake in Washington State.  Another former SLAFCO aircraft was PBY-5A N31235, also a ‘Super Cat’ conversion.  Bob Bergstrom, a regular contributor to the PBY Yahoo Group, visited a very hot Palm Springs in California last July and saw this Catalina there where it is now under the ownership of the Palm Springs Air Museum.  Bob reports that according to local information, the Cat’ is being restored to fly and is currently being ‘torn apart’!

Finally, Richard Stoker from St John’s, Newfoundland wrote to me to say that he was up in Gander in July and was able to photograph the ex-Government waterbomber Canso A C-FCRP which is displayed on site at the North Atlantic Aviation Museum.  Richard reports that the aircraft looks very sad and could do with a new coat of paint.  Also at the airport was the airworthy Canso A C-FPQM belonging to Exploits Valley Air Services Ltd but it was parked behind a hangar and could not be photographed. 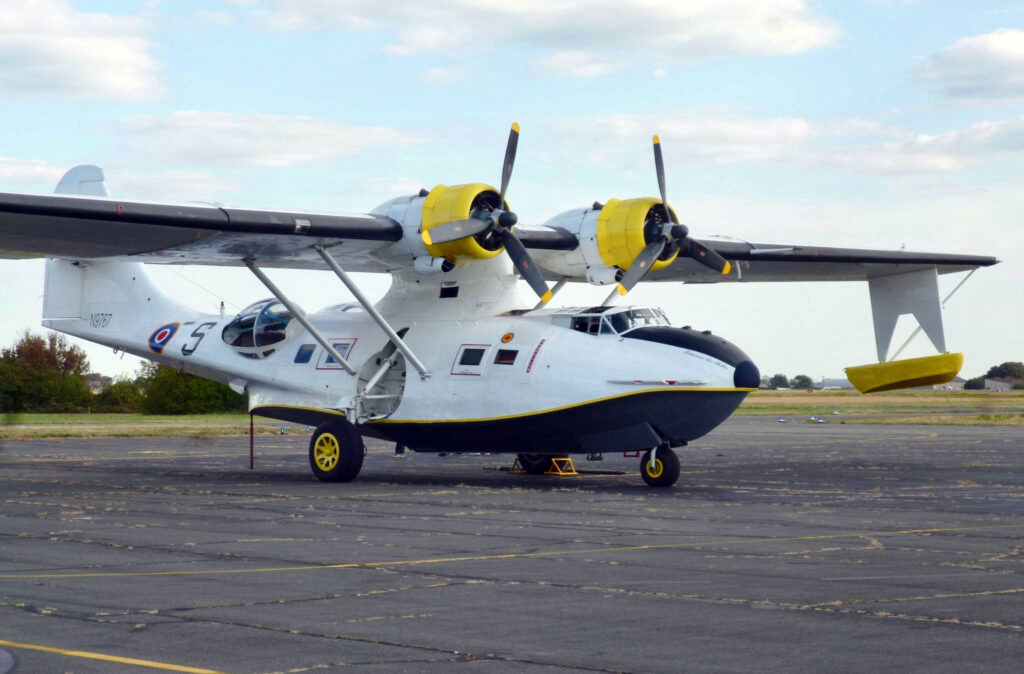 N9767 at its home base Melun-Villaroche near Paris in August.  It currently wears a hybrid livery using elements of its original RCAF markings and the scheme used on Jacque Cousteau’s Catalina N1010CS 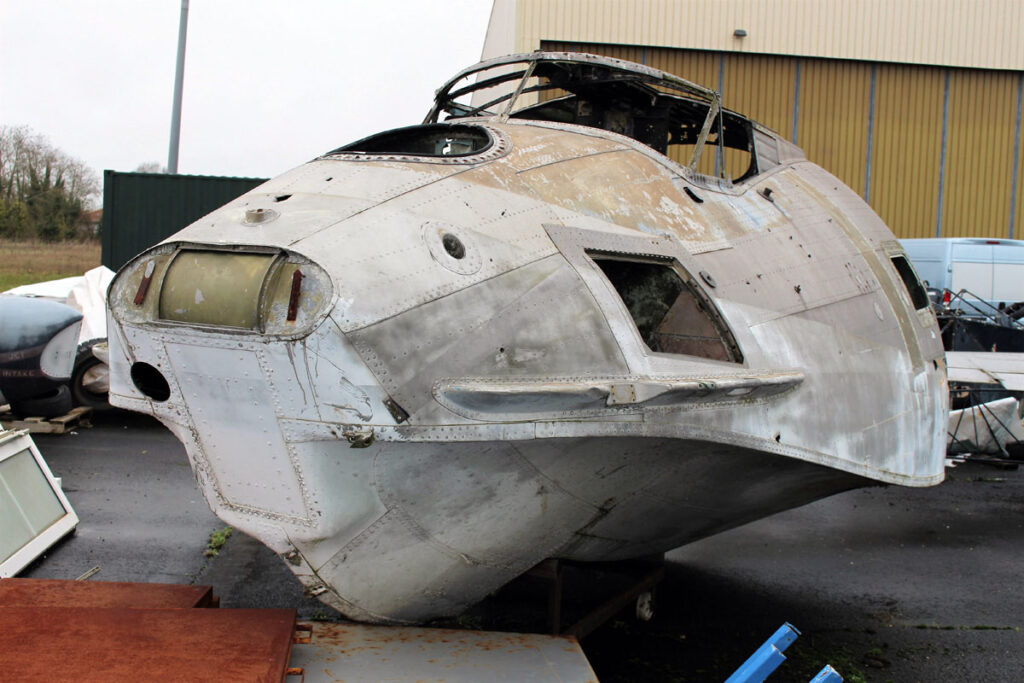 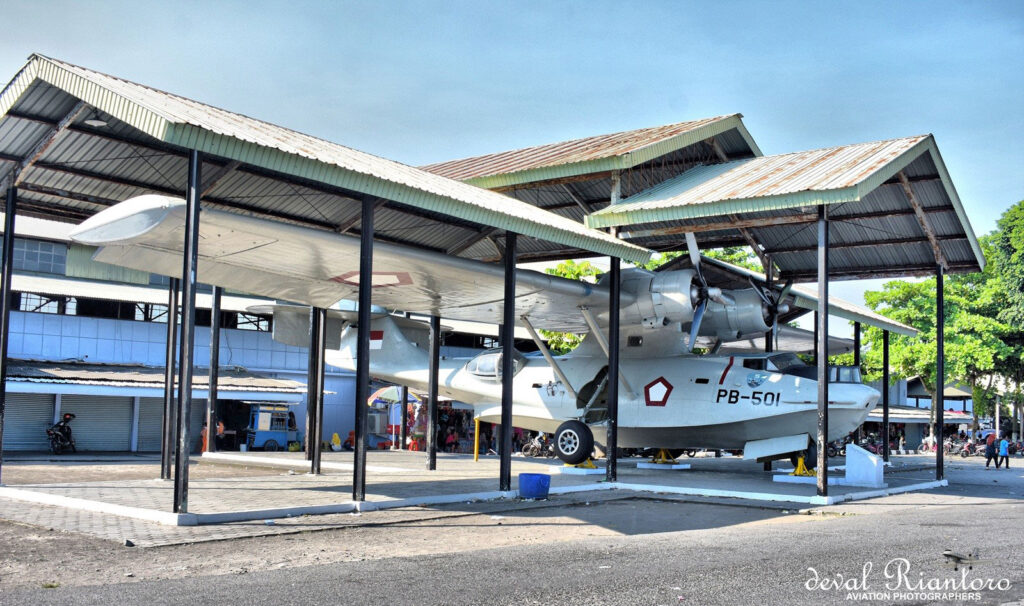 The Catalina displayed at Yogyakarta’s Dirgantara Mandala Museum.  It has recently been repainted in this silver-grey scheme. Photo: DeVal Rianturo via Ron Mak 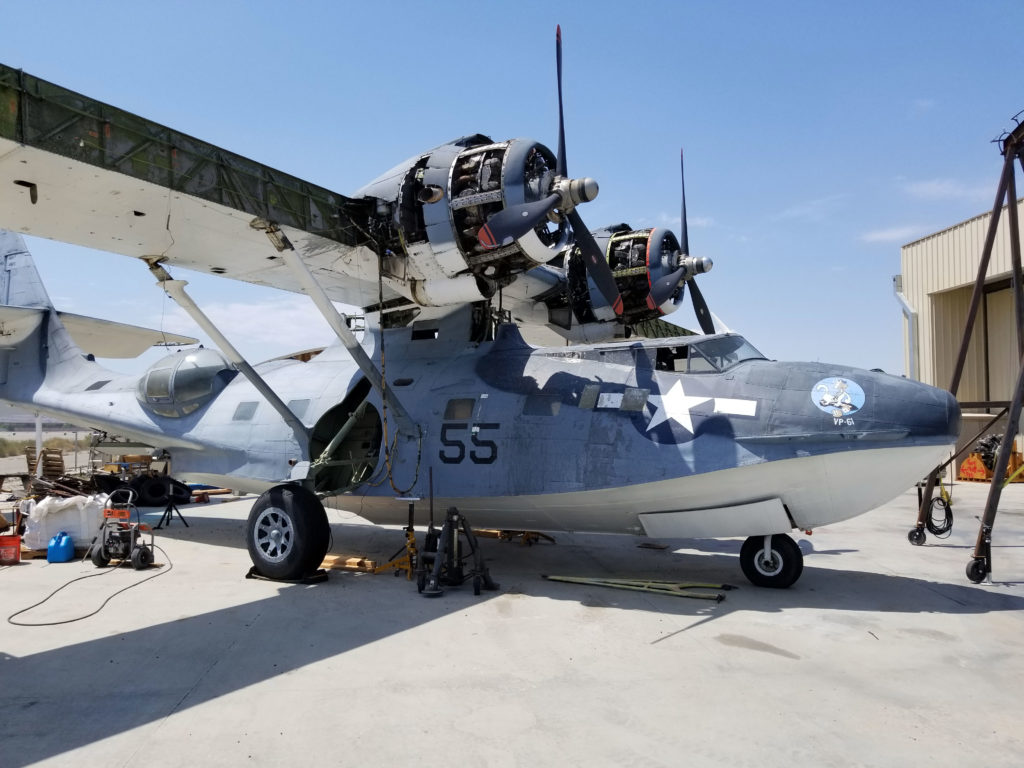 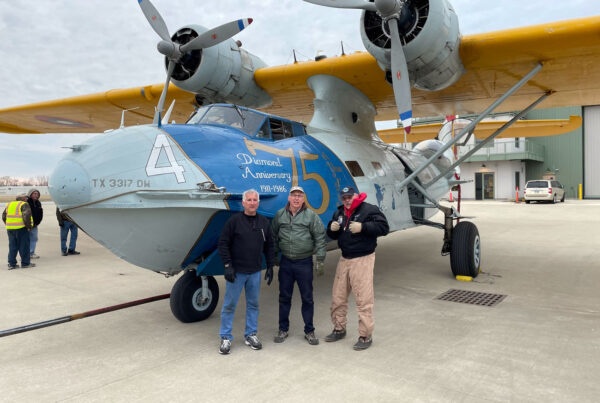