The people behind Plane Sailing

The Catalina offers a unique insight into the art of real flying. Whether manoeuvring for the film cameras, alighting on choppy seas, or enthralling the airshow audience, it's hard-learned seat-of-the-pants stuff.

A perfect circle at crowd centre, a low-speed turn almost on a sixpence, a doppler shifted growl from synchronised engines rising to a peak, a brilliant sun glinting off the sparkling upper surfaces. 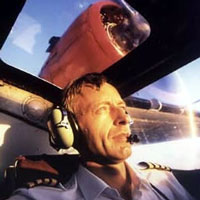 Paul at the controls of his much loved Catalina

Paul Warren Wilson is the leader of Plane Sailing’s Catalina operation and The Catalina Society. Paul spent 16 years as a pilot with the Royal Air Force, first as an instructor on the Jet Provost basic trainer and then as a Harrier pilot.

He flew the Harrier with 4 Sqn in Germany and then as B Squadron Commander with the Harrier Operational Conversion Unit at Wittering. From 1984, during his spare time, he has been intimately involved with the Catalina operation, having now accumulated well over 1,000 hours on the aircraft as well as extensive water operating experience.

On leaving the RAF in 1993, Paul spent 4 years operating the Catalina full time – this period included the amazing Catalina filming tour of South America for Peter Stuyvesant, as well as 2 summer tours of the Italian coast as a promotional event for Peroni. Next came a couple of years as a captain on the Fokker 50 for KLM uk and, since 1998, Paul has been flying for Cathay Pacific where he is a Captain on the 747 Classic Freighter.

His feelings for the Catalina are caught in the following paragraphs:

The Catalina offers a unique insight into the art of real flying. Whether manoeuvring for the film cameras, alighting on choppy seas, or enthralling the airshow audience, it’s hard-learned seat-of-the-pants stuff. No button-punching computer wizardry here, just old-fashioned handling expertise. Preserving this rapidly dwindling section of the flying repertoire is the ultimate challenge for today’s pilot.

Choreographing an aerial ballet for any display aircraft is all about playing to its strengths. The Catalina’s sheer physical size, glorious radial engine sound and graceful photogenic profile make it easy. Simplicity is the key. A perfect circle at crowd centre, a low-speed turn almost on a sixpence, a doppler shifted growl from synchronised engines rising to a peak, a brilliant sun glinting off the sparkling upper surfaces. Flying the Catalina is my personal tribute to those wartime crews who gave their service – and more. With this in mind, participating in historic events such as the VE Day 50th anniversary flypast over London in 1995 gives special meaning.

For any pilot, the opportunity to hone their skills on such a historic type is a rare privilege indeed. Displaying, formating, filming, promoting, touring, all in a big twin amphibian: an unparalleled flying experience, the fulfilment of boyhood dreams. 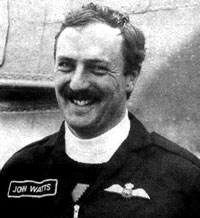 John Watts was the joint owner and original driving force behind the successful operation of the Catalina and the Catalina Society. John had a passionate love of flying and his energy was an inspiration to all around him in the flying world. 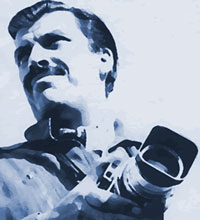 Arthur Gibson was a founding member of Plane Sailing’s Catalina operation and provided the group with a great deal of support and advice during the early days. Arthur was best known for his work as an aviation photographer, being probably the foremost exponent of his trade for many years. Some of his best-known work was with the Red Arrows and perhaps the pinnacle of his photographic exploits was capturing the Red Arrows and Concorde in formation – something that required very quick planning and his expert eye and judgement to produce the sort of photograph that becomes world famous in its field.

Arthur died in 1992 but we shall always be grateful for the very great deal of help he gave to our Catalina operation, starting with his practical advice and funding during our first Catalina’s recovery flight from South Africa. And of course, he left us with a superb collection of photographs which serve as a reminder not only of the thousands of happy hours of flying we completed with our first Catalina, but also of Arthur’s special contribution through his talents as a photographer.

Help us continue supporting the heritage of the PBY Catalina Please Donate!